One of the most perceptible characteristics of a Scottish Fold cat is its ears, which are small and tightly folded forward to cover the ear opening. This fold is caused by a naturally occurring dominant-gene change that creates a crease in the cat’s ear cartilage. The tips of the ears are rounded. The Scottish Fold Breed is of medium size with a strong dense body. The head is set on a short neck and is rounded, with well-defined whisker pads. The eyes are big and wide open with a gentle expression. The fur of the Scottish Fold is dense and short. It appears in a diversity of colors and patterns.  They show amazingly round features. They have a short snout (compared to other cat breeds) and a rather round body structure with short to medium legs.

Scottish Folds are famed for their highly adaptive and soft attitudes, making it easy to introduce them to new pets and people. 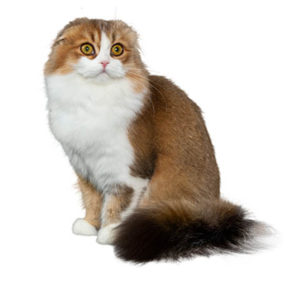 History of the Scottish Fold Breed

The first Scottish Fold was reportedly detected roaming a farm in Perthshire, Scotland, around 1961. Her name was Susie. William Ross detected one of her kittens that also had her folded ear feature and registered the breed with the Governing Council of the Cat Fancy (GCCF) in 1966. After the registration, Ross partnered with Pat Turner, a geneticist, to discover that a dominant gene caused the trait.

By reason of problems with ear infections, deafness, and mites, along with deformed legs and tails, the Scottish Fold was sent to America for crossing with both British and American Shorthairs. The Scottish Fold was allowed Cat Fanciers’ Association (CFA) registration status in 1974, after elimination of these genetic abnormalities.

The dominant gene that creates folded ears may cause a degenerative joint disease, affecting the hind legs, spine, and tail. Obvious signs include thicker tail bones or spines, limited mobility, sensibility to touch and rigid movements. 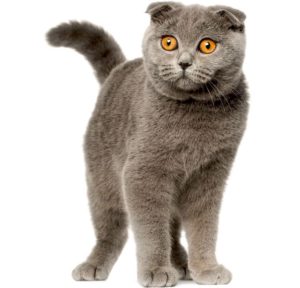 We hope that this article was useful and helped you to find the interesting things about pet cats care! Feel free to ask us anything about cats 🙂 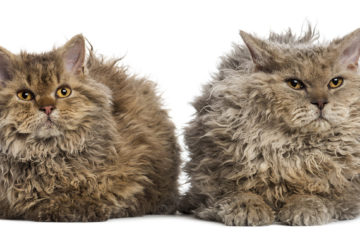 The country of origin            Selkirk Rex kittens and cats are a particular breed that is comparatively new. The first Selkirk Rex was born in Montana, USA, in 1987,  with a litter born to Read more…