This may be described as a chronic phlegmonous disease of the skin, characterized by multiple abscesses, which burst and leave fistula, discharging a bloody serous fluid containing the bacillus of necrosis. This disease in cats usually promoted by bacteria, a fast extending infection of the limbs and hypodermic tissues. It is only occasionally recognized in the cat, although it may be frequently seen. The bacteria can come in the cat’s skin via trauma, such as injuries to the skin induced by a deep scratch or even bites. The feet and root of the tail are commonly attacked as a result of bites from other cats, thus permitting the entrance to the tissues of the causal organism.

The disease usually commences by some swelling of the skin, which is of a purplish color and becomes hairless. After a short period, small abscesses, varying in size from a small pea to a walnut, form in the subcutaneous connective tissue and burst, then discharging a dirty, bloody, purulent fluid. The resulting wounds do not heal but leave deep fistulous channels, which persistently discharge a thick, blood-Stained, purulent material mixed with fragments of necrotic tissue.

When the disease commences in the feet there is lameness, and the affected limb is carried off the ground. In the case of two or more feet being attacked the animal assumes the recumbent position and is made to move only with great difficulty. It does not, as a rule, cause much disturbance of the general health of the animal, but when it becomes generalized it may produce emaciation and even death from exhaustion. In some rare case, the internal organs become secondarily invaded, leading to death, which may sometimes be quite sudden. In the cat majority of cases succumb to acute septicemia, which results from the extensive necrotic lesions in the foot and limb. Sometimes, such cases are only brought to the vet’s notice when the disease is very far advanced.

When disease is of recent origin and confined to a circumscribed patch, it may be advisable to excise the whole of the affected part; but when the fistulas are deeply situated and the surrounding tissues much thickened and necrosed, the fistula should be slit open and the tissues removed, then deeply cauterized with special medicine and cleaning cat’s wounds under controlling your vet.  All necrotic lesions should be removed. For the treatment of tail lesions, similar methods should be adopted as for the limbs, care being taken to protect that organ from further injury.

The animal should not be allowed to gnaw the affected parts, as by this means infection may becarried to other regions of the body.

During the aggressive treatments with surgical liquids should be poured with a strong antibiotic. will to the feline to aid in fighting the bacteria. After that, will need skin grafts for surgical reconstruction of the fur. You the vet about a skin donor program I think he will help you to find solution.

We hope that this article was useful! Please, let us know what keeps your pet healthy in the comments!

Do you have a kitty question for our expert? Feel free to ask your question below. 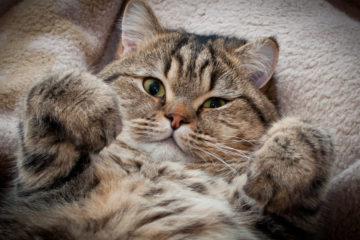 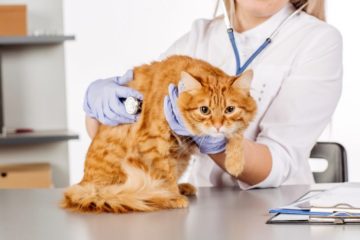 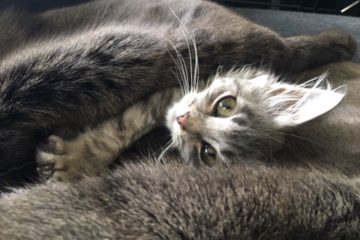