Description of the breed

The average cat is smaller than the Norwegian Forest cat. The cat of this breed is elegant with a semi-longhair fur (and it is a little shorter in the summer). The body is athletic and firmly built with a solid bone pattern with long legs and a fluffy tail. The head has a triangular form with a straight profile and high set ears. A sleek shiny coat covers the woolly undercoat, which is water-repellent.  The Norwegian Forest cat could be any color excluding lilac, chocolate or Siamese cat shade and can have any number of white markings on the body, paws, chest, belly or face. The eyes of Norwegian forest cat could be any color. 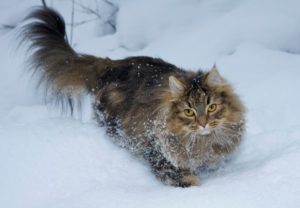 What is the origin of “The Norwegian Forest cat Breed”?

The Norwegian Forest cat is a breed supposed to occur from the longhair cats brought by the Crusaders to Scandinavia and shorthair cats brought by the Vikings from Great Britain, which then mated with feral cats. That breed is very well adapted to the cold winters and is strong and hardy because of the breed’s origin in the cold north of Scandinavia has meant that Norwegian cat has also warm undercoat. So, the double coat is the best adaptation to the climate, which protects the wind and the snow and is quick drying. The cats of this breed were first admitted in Oslo, Norway in 1930 and first appeared at cat shows in 1938. Norwegian Forest cats were only exported from Norway in the 1970s. Thus, the country of origin is Norway, Scandinavia. 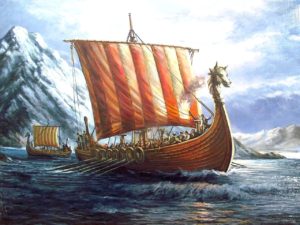 Norwegian Forest cats like their human parents and prosper on the pleasant company. Occasionally they can be very requiring of fondness. And sometimes they seem rather independent. The Norwegian Forest cats are fond of an outdoor life and are completely adapted to wander and hunt outside and are said to be great climbers. They could be very gainful companions as they are highly amiable and frisky. The kitten is tardy in developing and may not be mature until 3-4 years of age. And good news about their health – the Norwegian Forest cat seems to be a strong breed with no major inherited problems registered.

How should I feed my Norwegian Forest Cat?

All cats have their own specific likes, dislikes, and needs when it comes to food.  Thus, The Norwegian Forest cats are meat-eaters and very good hunter, but they must obtain unique nutrients from their food. The mix of these nutrients will change expecting on age, lifestyle and overall health. So, a less active senior cat needs a different balance of nutrients in his diet than a growing, energetic kitten. 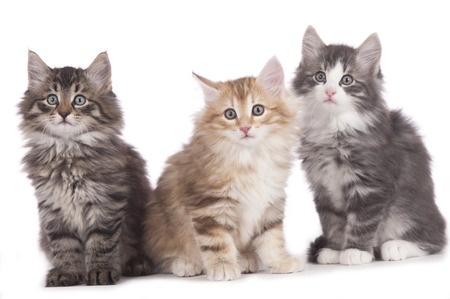 The Norwegian Forest cat will need complementary grooming. If entered to a brush and comb as a kitten the cat will come to delight daily grooming as part of the relationship between cat and their human parent (You can use such comb as Furminator).